In a recent ruling, the Centers for Medicare and Medicaid Services (CMS) announced new Common Procedural Technology (CPT) codes for a variety of telehealth covered services, including for the treatment of opioid abuse disorder. This move, long sought after by medical professionals, opens the door for telemedicine treatment by Let’s Talk Interactive to be more readily available to fight the growing opioid crisis in the United States as another treatment option for both physicians and patients.

By providing the ability for physicians to now utilize these new CPT codes for telehealth services, Let’s Talk Interactive is on the forefront of how telemedicine technology can be used to combat the opioid crisis. Through research, it has been suggested, “... that telehealth [treatment] is generally equal in effectiveness to traditional forms of treatment, especially for those individuals struggling with substance abuse problems.”

Let’s Talk Interactive provides a range of telehealth services for those struggling with opioid abuse disorder, including technological connectedness via video sessions, virtual supervision, tele-counseling, and others, all of which are easier to access, for example, for those who struggle with transportation following detox and rehabilitation, or those who return to a close-knit community that might not provide the support needed to maintain sobriety. It has also been shown that tele-medicine creates just as similar to a therapeutic relationship as in-person counseling sessions.

So what does this mean for those individuals who are struggling with an opioid abuse disorder? A better, easier, and more accessible pathway to sobriety and positive, healthy behaviors are now available to them. Let’s Talk Interactive has long been on the forefront of telemedicine - with the addition of these new CPT codes, access to counseling, support, and the future will be available to all individuals, regardless of economic and domestic situations. 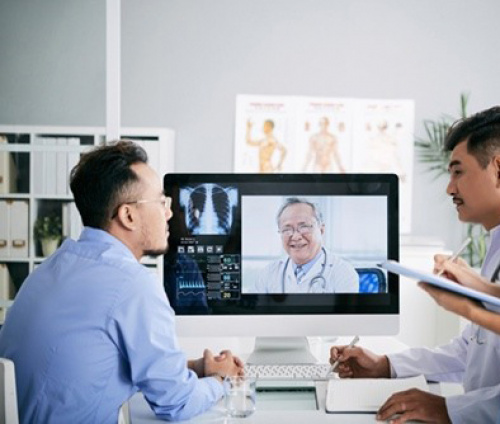 We'd Love to Hear From You!

Our experienced team asks the right questions to understand your unique business and objectives. We utilize a thorough needs-based assessment to suggest the best products and solutions to fit your goals and objectives. Our culture emphasizes the value of creating lasting relationships with our clients, where we continue to grow together.